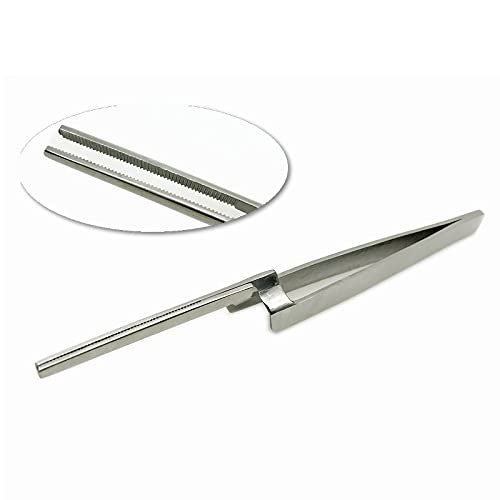 Features: It's an essential tool for dental use. Helps discover the teeth that need to be adjusted and corrected. Made of stainless steel, not easy to rust and be out of shape, easy to be sterilized. Easy to use, with a high degree of precision and flexibility, great for conducting the clinical procedure. Developed for placing the paper in the area of posterior teeth and detecting the contact points between opposing teeth. Specification: Type: Dental Tool Material: Metal Color: Silver Item Length: Approx. 15.3cm / 6.02in Package Size: Approx. 15.5 * 2 * 1.2cm / 6.1 * 0.79 * 0.47in Package Weight: Approx. 31g / 1.09oz Package List: 1 * Tweezers