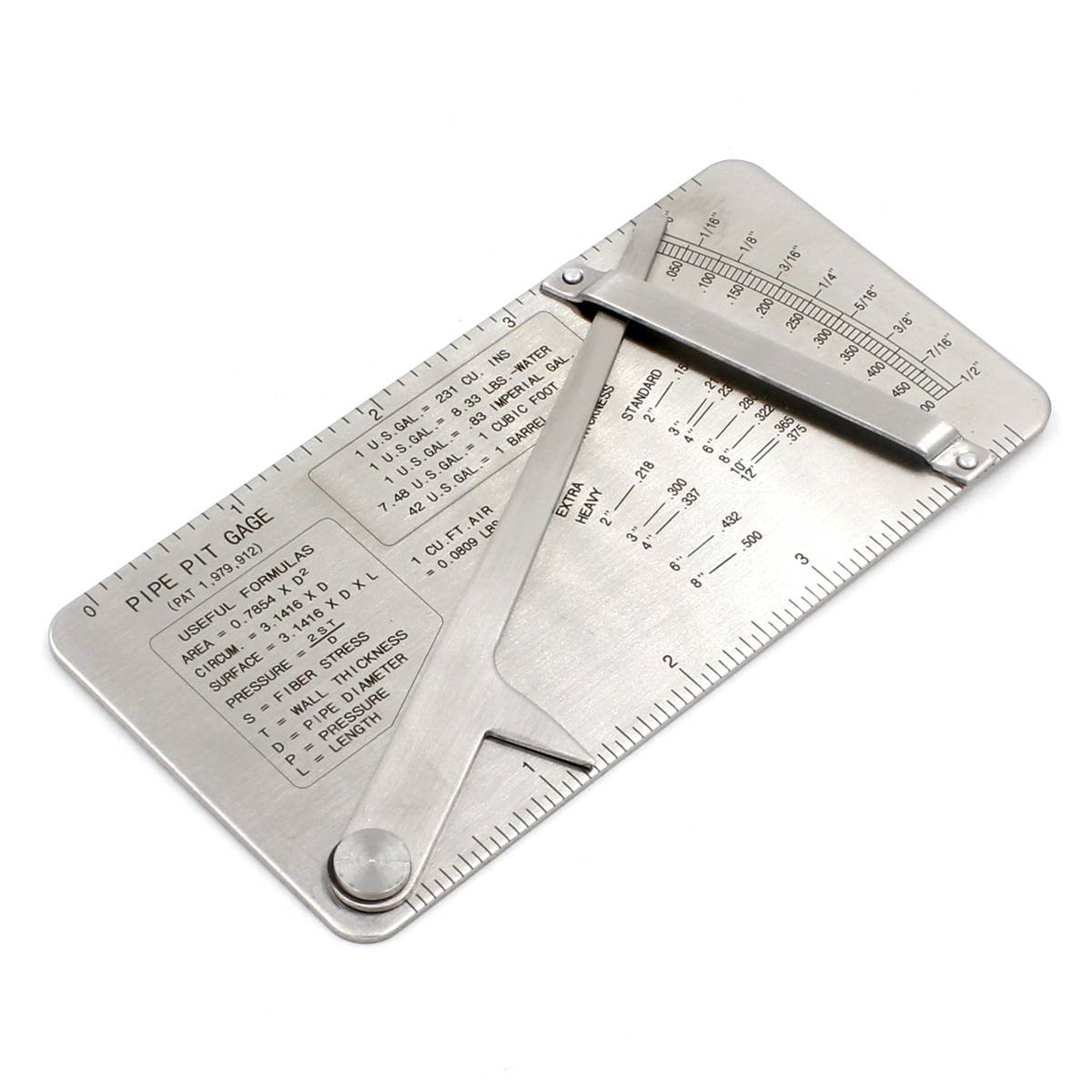 *The tool has sharp parts, please pay attention to use safety.

Measuring range (Please refer to the instruction manual for specific use):

Handy formulas on front and decimal equivalent on back Undercut depth: 0-1/2''

The package will need about 14-28 working days for delivery.

Expedited Shipping will ship via Fedex, and it will take 4-6 working days to deliver to your hands.

1.Welding inspection ruler shall not be piled together with other metal tools,in case it is distorted.Friction between metal parts may cause malfunction and blur scales.

2.Do not wipe scale area with amyl acetate etc.