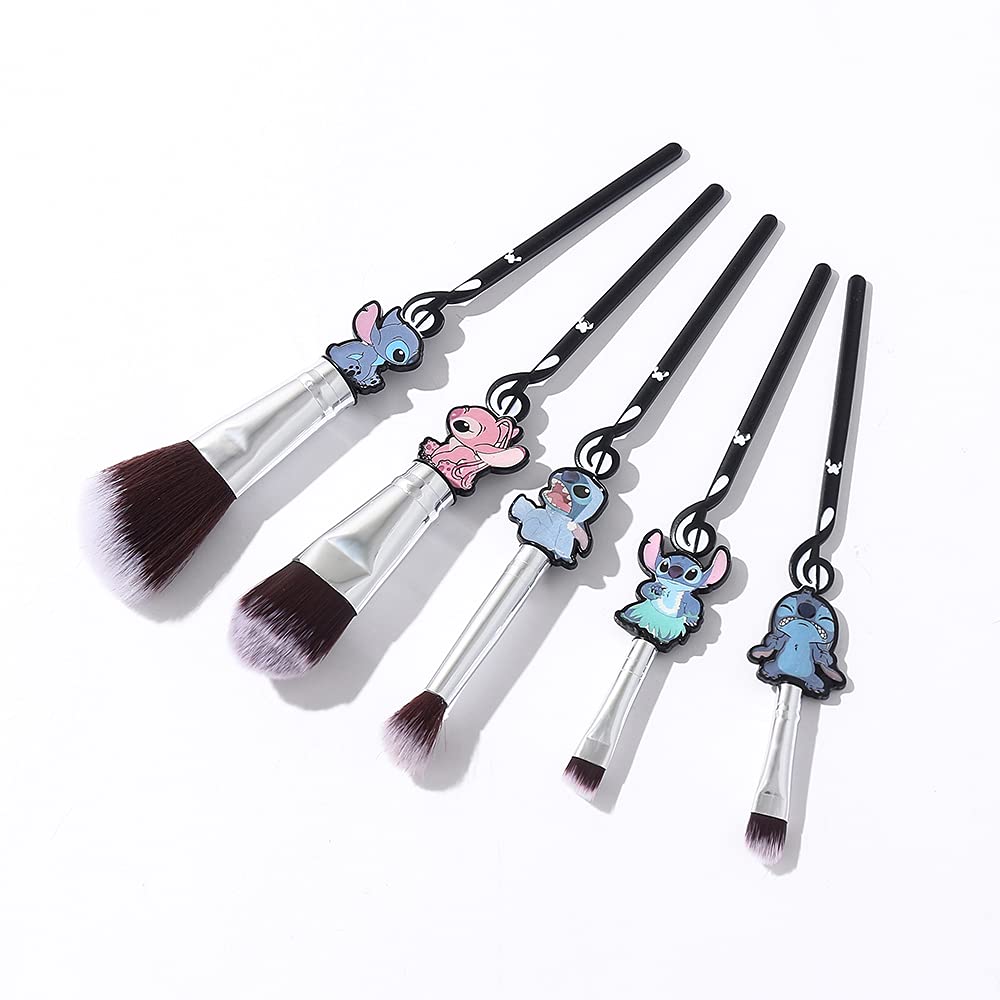 This 5Pcs Makeup brush set looks very chic and fashionable in the most popular beautiful color , A must-have in your makeup collection.

Soft and silky to touch, the brushes are dense and shaped well.

Mulch-function brush set cover all types of brushes, Ideally for applying, blending and shading products, easy and convenient for daily use

In addition, we are very concerned about quality. The bristles are delicate synthetic fibers, not fall off, good blending effect. The handles are well bonded and do not fall off with the brushes