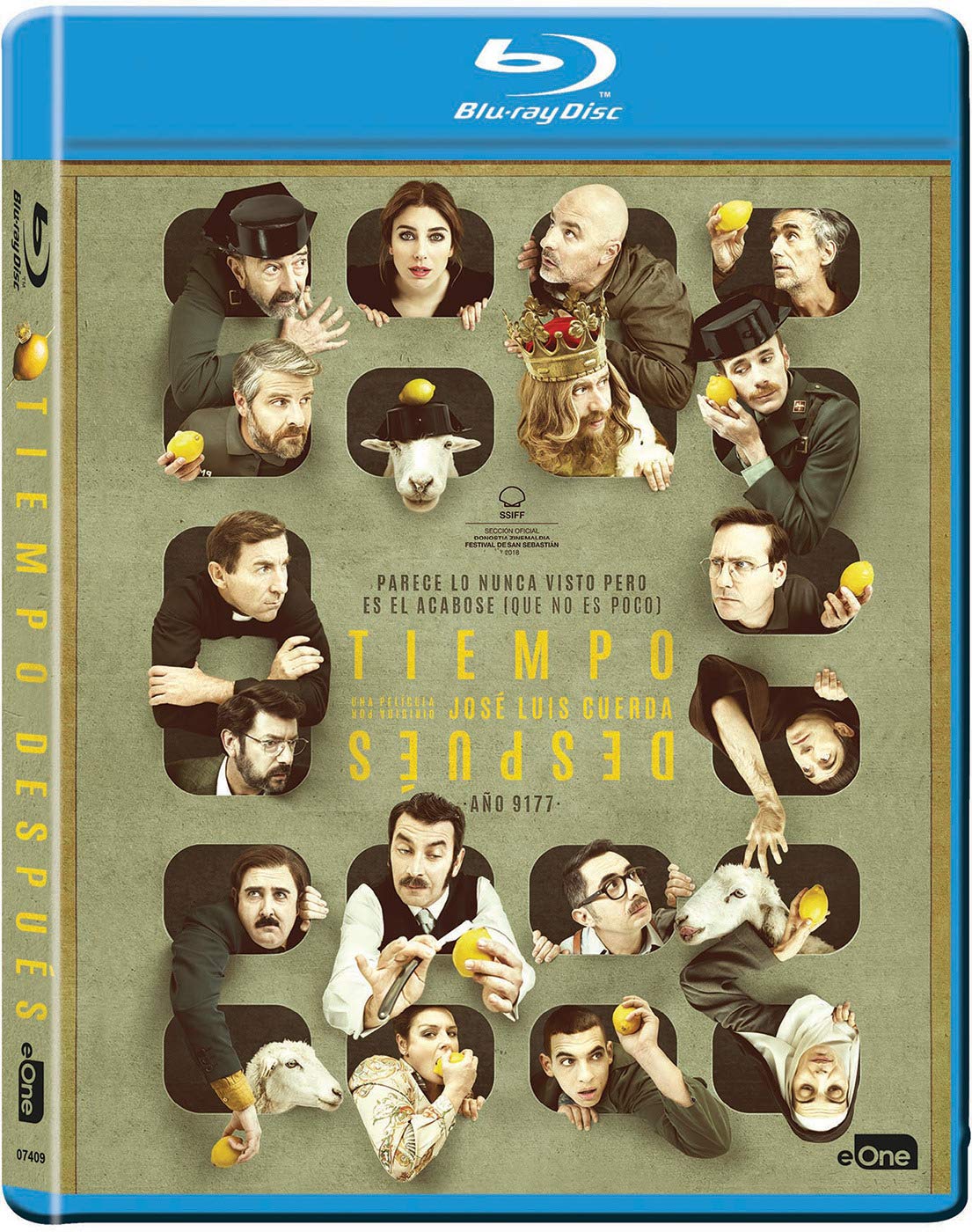 Spain released, Blu-Ray/Region A/B/C : it WILL NOT play on regular DVD player. You need Blu-Ray DVD player to view this Blu-Ray DVD: LANGUAGES: Spanish ( Dolby Digital 5.1 ), English ( Subtitles ), Spanish ( Subtitles ), WIDESCREEN (2.35:1), SPECIAL FEATURES: Deleted Scenes, Interactive Menu, Making Of, Scene Access, Teaser(s), Trailer(s), SYNOPSIS: Distant future. The year is 9177, century up, century down, and the entire world (and according to the scriptwriters, perhaps the rest of the universe) has been reduced to an only one skyscraper in the middle of a desert located in nowhere. In this Representative Building live the elite of the society and the living forces of it, composed by the absent-minded king, the mayor, his chief of staff and beauty girl Méndez, the two remaining civil guards Don Antonio and Morris, the two remaining polices Arriondas and Pozueco, the only one remaining Admiral Pacheco, hairdressers Justo and Agustín, bartender Pastrana, an old shepherd, priest Father Mirraño, friar Fray Vicente, nun Sor Sacramento, and finally the janitor, Eufemiano. In a close forest outside the Building live the rest of the world in a camp full of poverty and lack of any resource. In this depressive place lives José María, a rude man who dreams to sell the tasty lemonade that himself makes. But when he moves to the Building, he is stopped by Eufemiano, who meets the mayor looking for warning him about the anti-natural that an unemployed has a job. In the Building things too are complicated: Justo, tired of not having clients in his barber shop due to the fame of Agustín and his poems, kills Agustín dominated by the jealousy, but the king absolves Justo of the crime and he blames José María by simple caprice. Denying the guilty, José María resists to the arrest and he returns to the Building to sell lemonade, where he meets Méndez, who ...Some Time Later (2018) ( Tiempo después )